Before You Can Love Anyone You Have to Love Yourself


So I dated this guy for a while, four years and five months until I was free. Not to say I was forced into this relationship because I was not. At one point, I suppose in the beginning he obviously did something to get my attention. Or I should say my naive attention (I was 16).

I can't say when things took a turn or if it was always going downhill and I simply ignored it or what.

It was not until I was strong enough to say, "No I can't." "I am done." I had said that hundreds of times during our relationship but it was not until I was truly strong enough to mean it and do it. And trust me the strength to break up, when the bf/gf is 150% against it, is in no way easy. I truly tried to break up for two years before it actually happened. Two full years!

That is a long time of unhappiness... especially when it is right around the corner. And I don't mean the stupid "oh i'm done" I mean I sincerely tried and from that two year mark I was no longer in denial. I accepted the fact that I was an unhappy person.

At one point, a year and a half before we broke up officially, I remember being at the stop light at University and Asbury in the passenger seat with Kiki driving. It was a spring day and I was starring out the window at the Conoco gas station.

Kiki was comforting me like the best of friends do and I was silent. I did not want to exist in this life. I wanted to live. But not in this life because I didn't believe this was living, there was so much more I could do, this state was not happiness. I told her that I would like someone to hit my head with a rock so I could just disappear from this life for a little while.

Not that I was in this huge depression, just trying to get the point across that all of my energy was sucked out of me and I was beyond exhausted.

It was the hardest thing I have ever had to do in my life. But one of the most rewarding feelings I have ever felt.

That, for me, is a lot to say. Not that I have been through a significant amount but I have endured pain (as we all do) and this was by far the toughest thing I have done.

Once I was able to do that and go through the hell of trying to break up which took two years of built up stress, unhappiness and exhaustion... I was at last the happiest person on earth.

I was able to find who I am again. The adventurous soul who has traveled to six countries since.... Yes it was an euphoric experience to feel alive again and free, I FLEW.

Although most of the time in the relationship I was suffocated and unhappy, I grew into who I am today and I would not be me without that relationship.

For a while I had this hatred inside me, "Why did I let myself loose who I was?" "How could I let him dictate what I did and didn't do?" I regretted and truly believed I waisted four precious years of my life.

It's okay to think about that and wonder, but anything past that, like beating yourself up for it and/or telling yourself you are stupid does nothing but bring you down. Plus, no time is ever waisted, in all situations we grow and become better humans. And that is 110% accurate for me.

I can now, almost two years since the official break up, appreciate the pain I went through because it made me the most independent and grateful person. The "lost" time of suffocation and "lack of freedom" for four and a half years created me into someone I never thought I could be.

Stones of cement were lifted off my shoulders and I was soaring, flying high in the world of independence.

In many ways I was lucky, there was no "grieving" period that apparently people feel after a break up. I don't think I experienced that because during the last two years I was in such a low state of mind that it replaced all possible sad feelings.

And since this breakup, for the longest time I would say, "I don't want to get married." "I don't want a boyfriend." "I will not and do not want to connect with anyone."

Unfortunately I did just that. I avoided all opportunity to find a guy attractive to a point of connection and made sure nothing was more than a fling. I avoided dates at all costs and made excuses, "All guys are dogs." Those negative stigmas... Although I agree that guys are dogs, just not all (:

It was not until recently, I would say about a month ago that I realized that whole phase was my healing process, a way to comfort my "wounds" and damaged perspective.

I never thought I would change my view on the outlook of relationships but oddly I have.

Before I would deny the fact that my mentality and attitude was a healing process.

I realize now that it was and finally I am rounding the finish line on this circle of healing.

When I look back it is incredible to see how much I have grown from this relationship. How much it has shaped me into who I am today.


I would not have had this incredible urge to explore the world.

I would not have reaped the benefits of making it a priority of finding yourself.

I would not be half as strong as I am today.

I would not have enjoyed college like they way I have.

I would not be the "go-to" friend for advice.

I would not be as grateful and happy as I am now.

So I would like to thank my ex for the unhealthy roller-coaster experience we endured.

I hope he has as much happiness as I do and that he finds himself and his independence, like I so gratefully have.

The most valuable thing I have learned is that before you can love anyone you have to love yourself. And that was my driving force behind being able to end things (and the endless support from my friends and my mentor Ms. Julie).

I no longer loved myself and who I was. And now, I can finally say after two years of the single life I not only love myself, but I am ready to open my heart. My heart no longer is scarred, it is thankful for it all.

My soul is ready to feel again.

Not saying that I want a boyfriend, because I do not. We are still young! I don't think I will date anyone until I actually think he is legit and a "keeper", hoping we still have some? I will always have some skeptical element, or at least I say now, but I at least have revived hope.

Hope that was once lost and forgotten has somehow pumped back into my heart. And I am willing to accept it with open arms.

I am not sure what inspired me to write this blog but I had this fierce urge to express these thoughts and share what I have to say.

I suppose I would like those who feel unhappy or suffocated to know that there is light at the end of the tunnel and trust me the longer you are with the bf/gf the harder it becomes, but you have to ask yourself, are you strong enough?

Are you strong enough to know there is something better out there?

Are you strong enough to take a leap of faith, a leap off of a cliff in order to find the happiness your soul aches for?

It was a question I battled with for years and until I got to the point of exhaustion, desire to find myself again and inspiration from my friends to do what I wanted, to not let anyone hold me back...

I did not leap. I jumped. 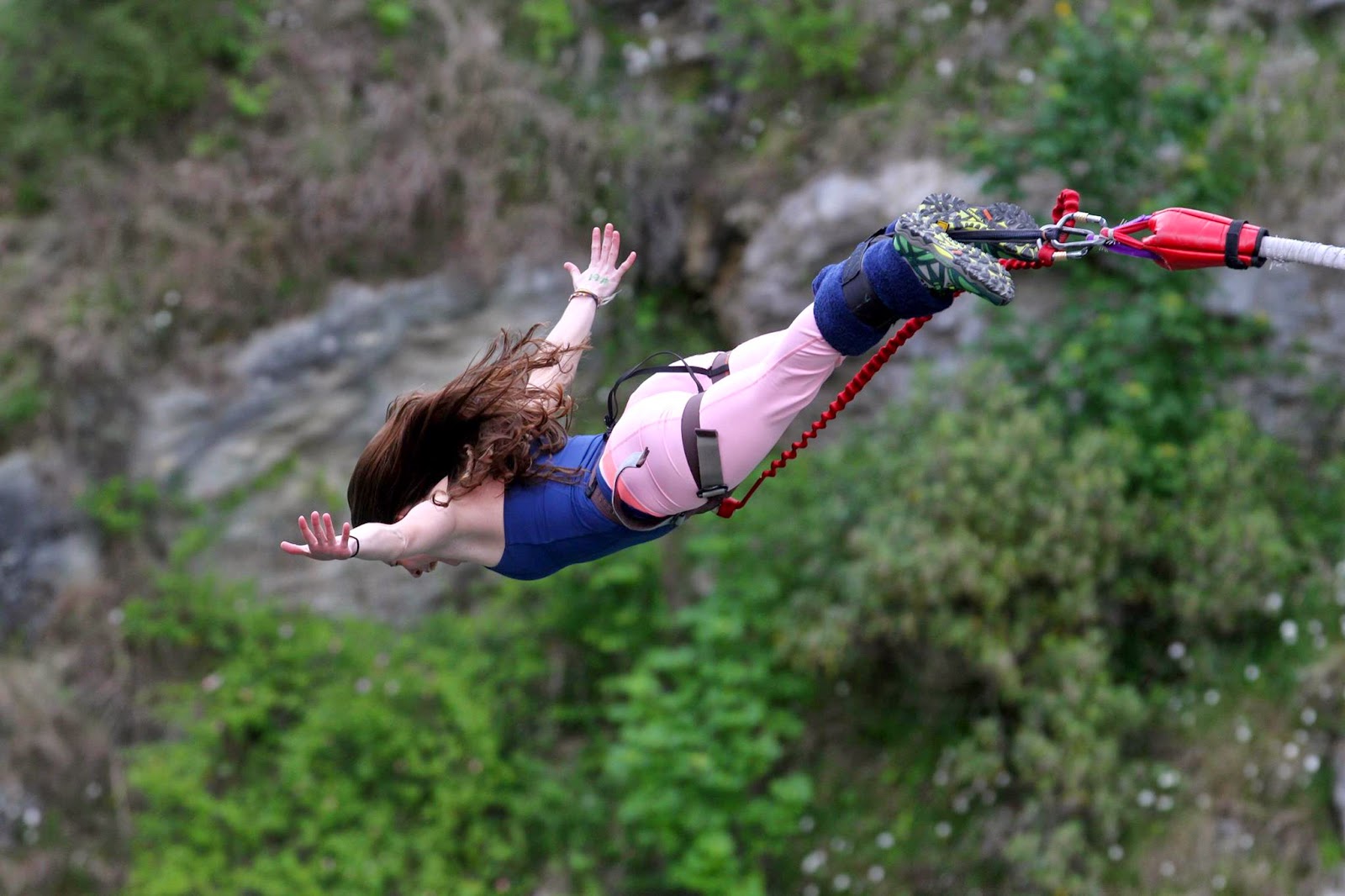 I jumped off this cliff; flying, screaming at the top of my lungs. My arms out wide ready to accept all things, not scared. Letting my life fall into the palms of faith.

A jump of faith.

An euphoric feeling, I can't explain.

The happiness I feel, cannot be explained.