I have had constant issues with my phone... like shattering the screen, cracking the camera and breaking the keyboard until I have no choice but to replace the front and/or back.

I replaced the screen a few times spending a chunk of money to just break it again. I got an Otterbox cover in hopes it would solve this issue. Not quite. It was only a back cover so the front was a free for all... A.K.A shattered screen soon to appear.

And it did. Unfortunately.

I was so mad at my Otterbox so I stepped up to an indestructible case. (Oh yeah, big time) But I got annoyed quick. The front screen was not "flush" to the screen and whenever I would press a key the plastic would rise up and it would make it difficult to text fast and a lot of the time I would press down on a certain key and it wouldn't feel or read (I guess how you put it?) what I was trying to type. Talk about exasperating!

So that was quick to go down the drain. I took it off out of exasperation. And then I left it, by mistake, at home in Baltimore and when I got back to Denver I was once again case-less. Now I had the iPhone 4S so in no way was it "special" and I felt since I was only a few months shy of the new upgrade I mine as well hold out.

Bad decision? You tell me.

My phone continues to drop. It's a mix between my hyper energy that is constantly moving too fast and because I am a "walking catastrophe" (as my mother says). 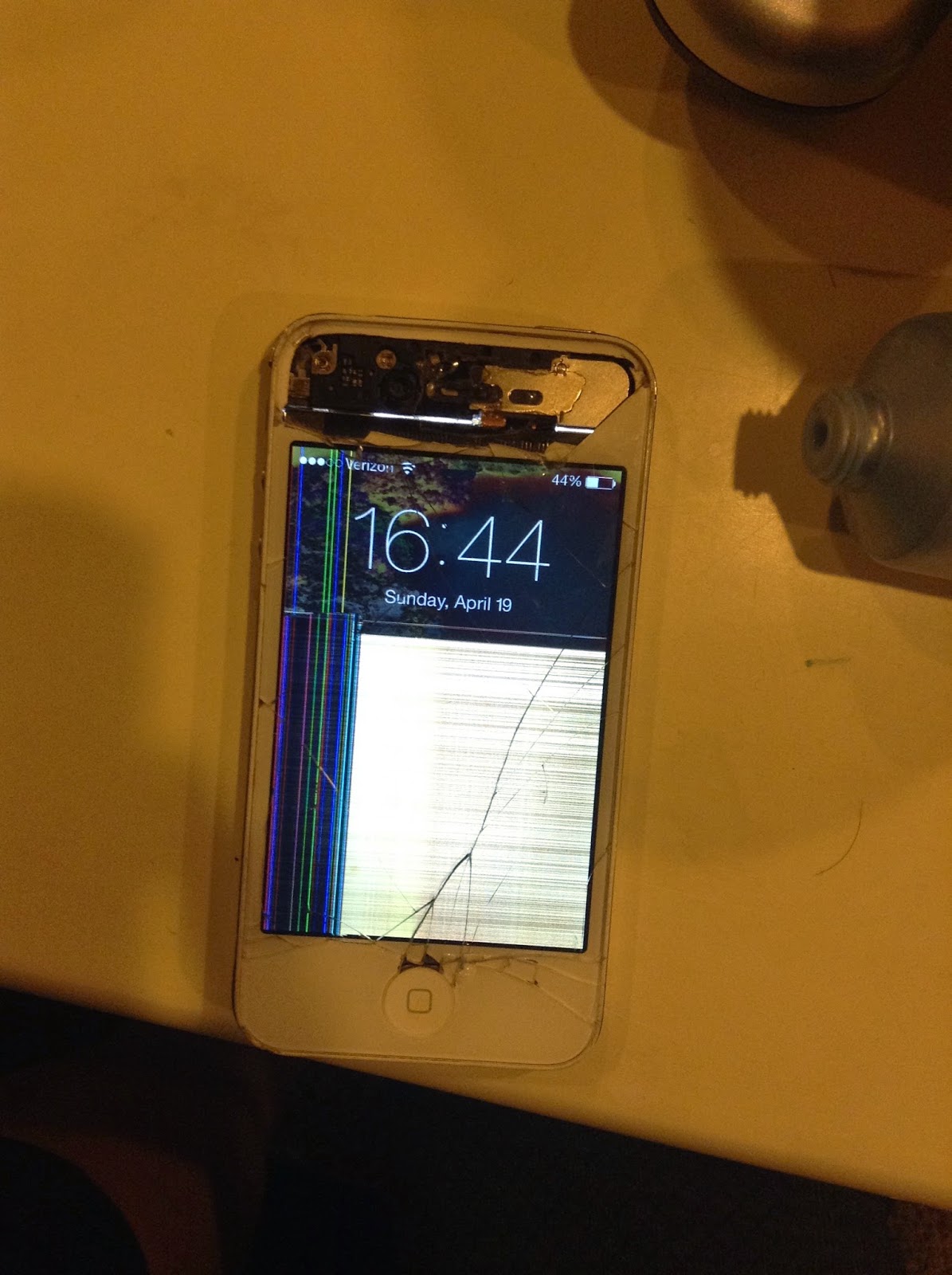 The time comes when I can no longer see my screen and I have to talk to Siri to make calls and text.

Never has Siri been so helpful. And for once I appreciated her and she appreciated me. She would say things like, "My pleasure Dev." "No problem Dev." We were on a name basis (I like to ignore the fact that my name on my phone is set up as Dev.)

I dislike technology/media in general so I was not too concerned about the damage of my phone and I realized I do not need a phone... I will be okay.

Although it was annoying since in this day in age everyone has a phone and I can't go anywhere where someone isn't on their phone and so everyone expects you to respond within minutes... I'm like, "chill."

I leave my phone when I go to yoga or do errands because I do not need that baggage on me. I am busy. I will contact you when I can.

Just think. How many times a day do you look at your phone? When was the last time you stood at the crosswalk or stood in an elevator and just stood there and embraced what was around you? Probably not likely because in this era we instinctively pull out our phones.

Why can't we embrace the moment? Why does our phone act as a shield from real social interaction?

I could go on for hours about this topic and the frustration I feel whenever I am talking to my friend and she is scrolling at her phone on Instagram or Snapchat and I am like, "I am talking to you..."

And sometimes, the worst, when they say, "Did you say something?" "Sorry what did you say?" "What about __?" I would love to take the phone and throw it against the wall.

Point: I am not attached to my phone and I don't need one.

So anyway for the last couple of weeks I have been using my iPad to text (so basically I am still connected to the world) as long I was in wifi. That's not bad at all.

Kiki offered me her brother's old iPhone I could use in the mean time. I was hesitant. I insisted I did not need it especially since I am only three weeks away from an upgrade. But she said it would make the simple things once again easy... like checking the schedule of yoga classes.

After a week of hesitation I made an appointment at Verizon. I have had terrible experience with Verizon, I was not amped on going but I knew Kiki would be happy that I tried and I told myself it would make life easier...

I stroll in on time for my 11:30 appointment and get helped right away. I explain to the guy my situation and tell him I just need my information switched over to this iPhone until my upgrade.

Can't happen. The iPhone is AT&T and I have Verizon. They have different servers and he can't access it or use an AT&T phone. That's understandable but SHOOT. I was like, "Bummer. Do you have any suggestions since I am three weeks shy?" (I was expecting NOTHING!)

He said he could see if he could pull some strings to help me since I am in a "pinch". I was like, "that would be incredible."

Longer story shorter -- He is able to give me an early upgrade... to an iPhone 6! I was in complete gratitude to this awesome guy and I wander over to the phone cases (obviously need one) and pick out a blue Otterbox (front and back case).

I tell him which one I want and he brings it over to the cashier. I casually ask how much it is, because I am simply curious. He was like, "I can give you 25% off today." I was like "No way. Thank you so much." I explain to him how I came in because Kiki encouraged me to switch it over and so I got motivation to try but wasn't expecting anything. His response, "I am glad you tried."

I am super ADHD and I was half listening to him and he mentions something about giving me bluetooth speakers. And I am thinking, "Oh bluetooth..." (I don't know how to use that... or I didn't until now :) ).

So I just brush it off like, "Cool thanks.".. I am thinking they are included as apart of the phone... like a new feature... Oh was I wrong!

I leave the store paying a little less than $250 for a new iPhone 6, a case... and these unknown speakers... I was so happy for this awesome deal.

I could see the screen, I could use it without talking to Siri... it was a beautiful thing. I was feeling great. I told my mom this guy would get great karma for letting me get an earlier upgrade, a discount... etc.

But that's not it! I go about the rest of my day and I get back to my house and my friend Sarah comes over and we are just hanging out. I was like, "Look at this. I got this today at the store... complimentary. They're like, speakers?...with bluetooth?" 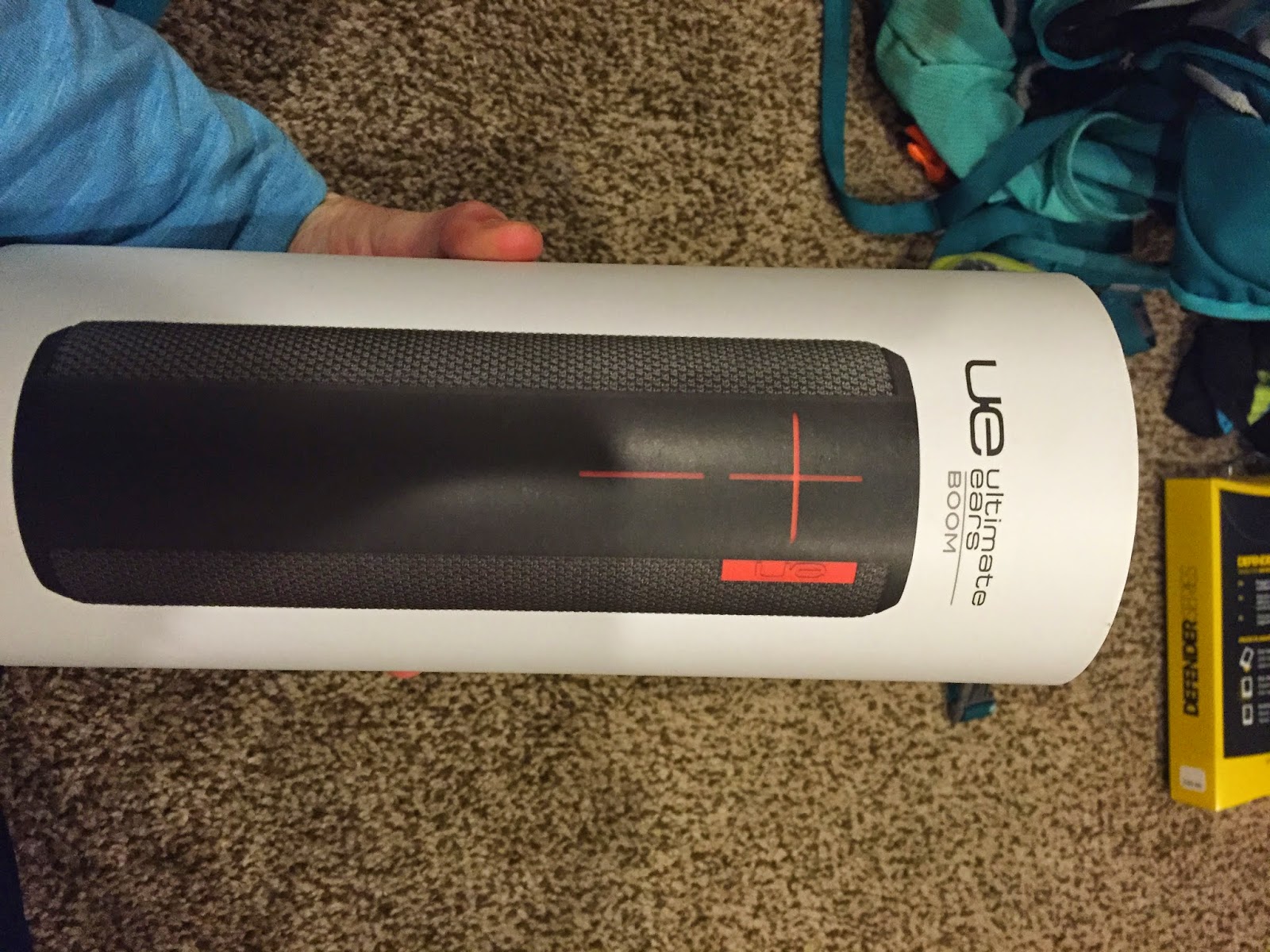 I had no idea what UE BOOM was but now I certainly do... They are awesome speakers that I am currently listening to now... 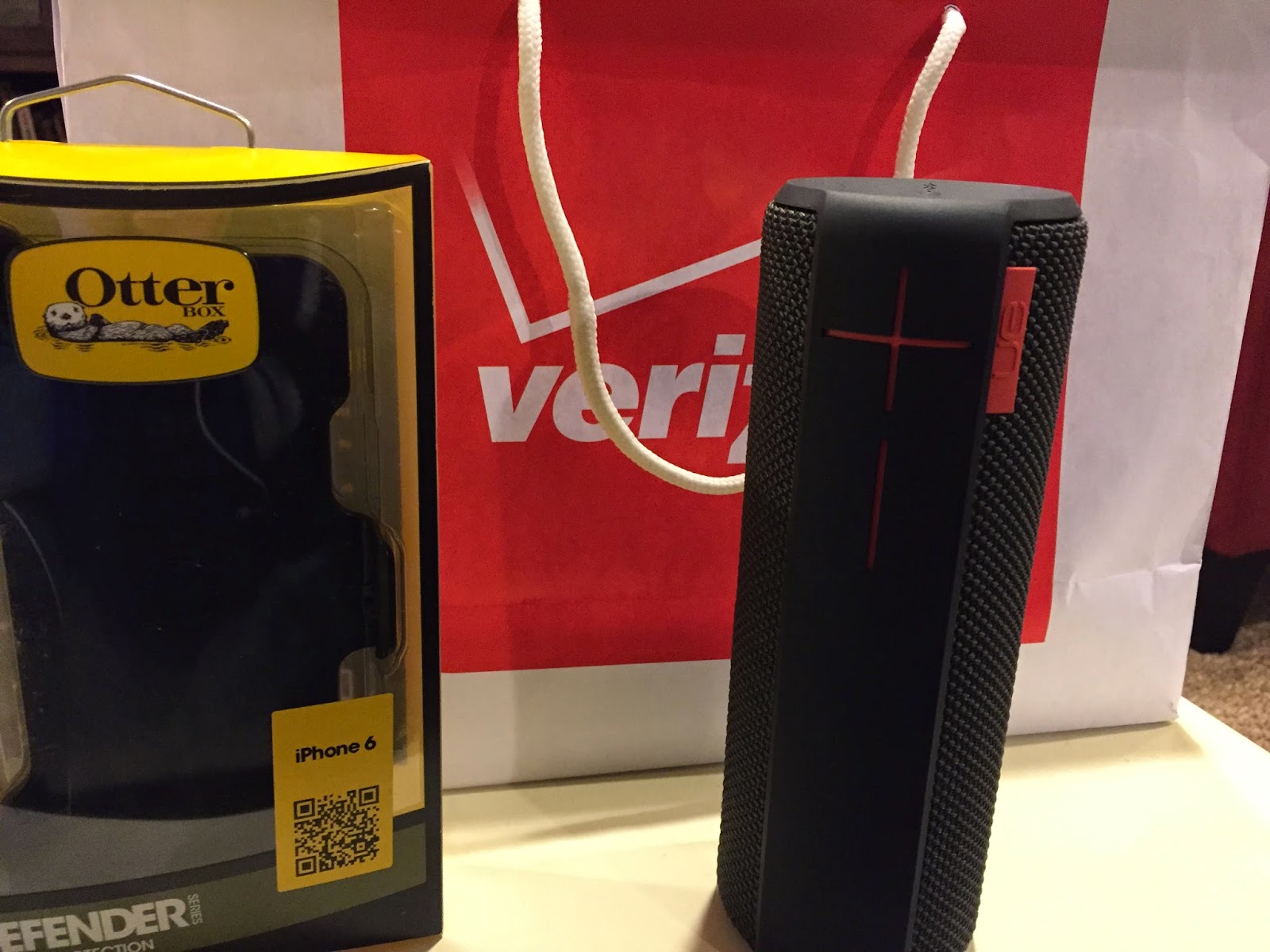 I went into Verizon to switch my broken iPhone 4S to another iPhone 4 (that was also cracked, but was an upgrade to me) and I left with an early upgrade, an awesome iPhone 6, sweet speakers, and a durable case for a great deal.

I like to think all things come full circle.