Tweet
A long weekend raised the question, "Why not go somewhere?"

I thought it was a valid question and persuaded my friend to come with me, raising her eyebrow she asks, "Well, what are you thinking?"

"I don't know, a road trip. How about Mount Rushmore?"

She had no idea that it was in South Dakota, but she was in, as long as I drove.

I started Googling directions, places to stay, what else to do, and soon put the plans into actions.

Totally spur of the moment - but that is the fun of life.

I booked a hotel, got the directions to all the places we could see, and packed the snacks/beverages.

I was ready to go. I picked up Kara, my friend, at 7:30 AM and we were on the road. We went north from Denver and went up the east side of Wyoming. We spent the most time in Wyoming, about five hours. It was a windy ride, to say the least.

A Uhaul that was attached to a pickup truck was flipped over! It was crazy, winds were +65 mph, I was little nervous driving what I call my "go cart", a two-door soft top Jeep Wrangler.

We stopped in Custer, South Dakota and went to "Dakotamart", their version of a supermarket. We stocked up on more snacks and got a case of beer.


We continued to Mount Rushmore and arrived around 2 PM. It was a windy day but not too cold. It was $11 for parking, but no entrance fee, so that is not a bad a deal. 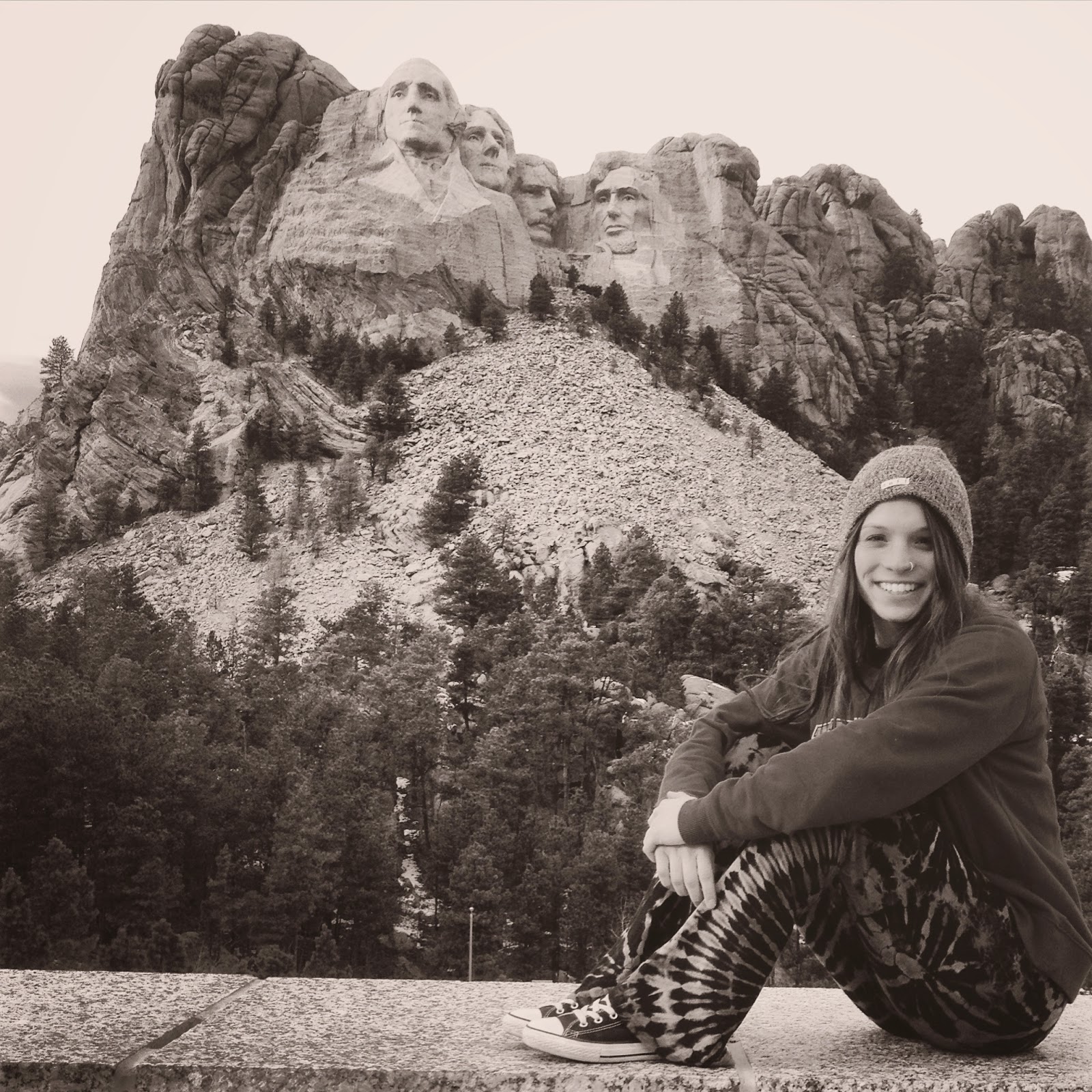 It is incredible to think this monument took 14 years to complete with 400 men working on it. It was completed in 1941. The monument represents the most influential American leaders, George Washington, Thomas Jefferson, Abraham Lincoln and Theodore Roosevelt. Once you have enjoyed the spectacular site, the visitor center shows a short film about the construction and reasons behind building Mount Rushmore. It also has a small museum with artifacts and more information. And of course, it has a gift shop.

We spent a little over an hour at the site, and then headed to the Crazy Horse Monument. At this point we were pretty zonked considering we had an extremely late night the night before, but we were determined to get the most out of time and sucked it up. So we drove about thirty minutes and arrived at Crazy Horse a little before four pm (they close at five). We just made it! 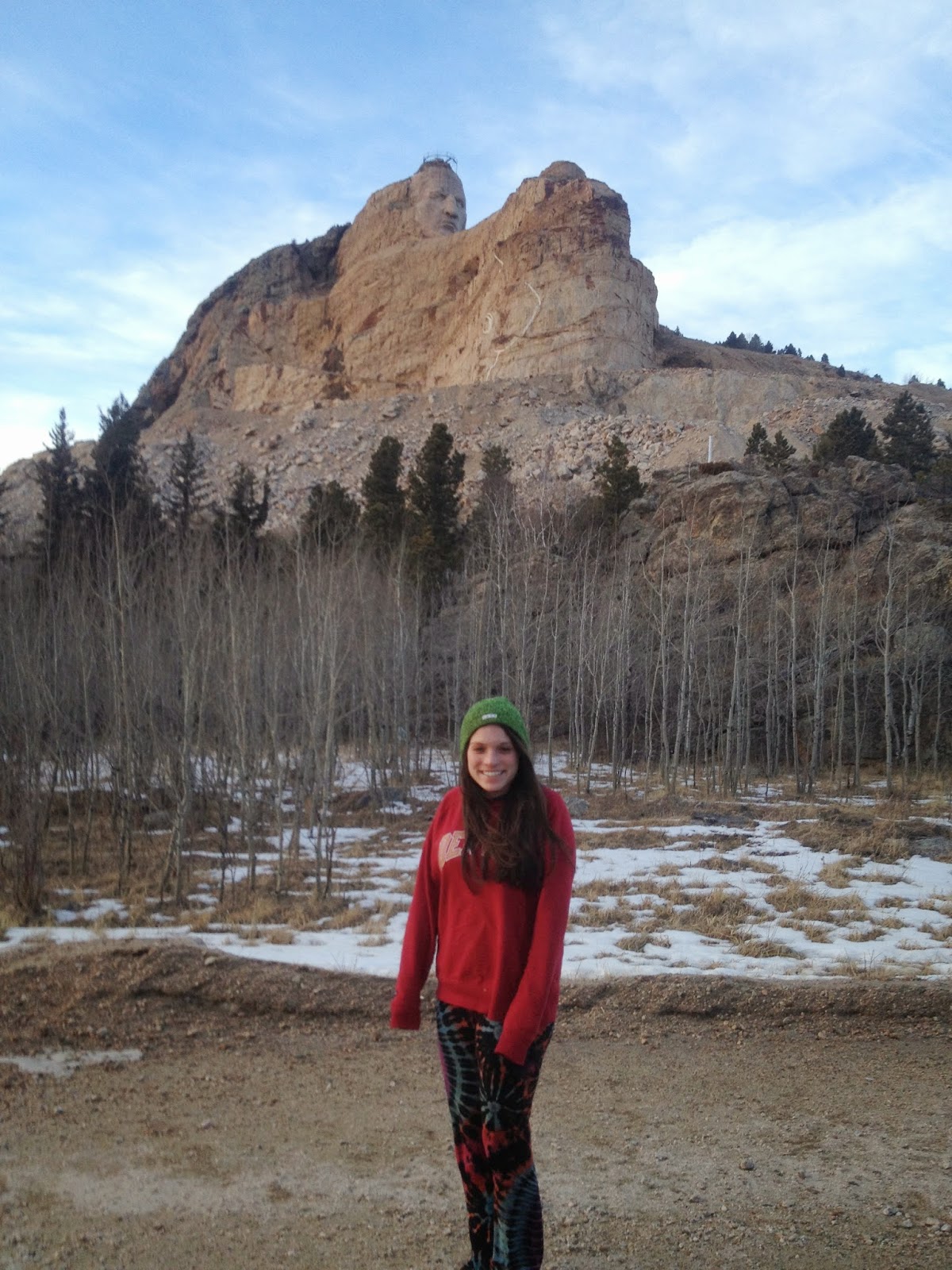 I can't remember the exact fee but you are charged per person to get in. However, your cost is donated directly to completing the monument, so it's a good cause. I am extremely happy we decided to go because it was a fascinating site! Nothing like I expected - first we watched a twenty minute film on the history of the monument, which is an incredible story. Then we took the bus for $4 on a tour around the monument getting a closer view and learning about the area around. It was seriously fascinating, and I am not a fan of museums/tours!

Once we finished we checked out their museum, it was spectacular! Since we got there in the knick of time we just had a enough time to see it all, but I would recommend at least two hours. And there is a cute restaurant outside of the muesum on the patio.


We get in the car and we are hyped up! Crazy Horse woke us up. We head about an hour to Rapid City, South Dakota, which is where the hotel was located. We are thinking that it is going to be a dead town and just hoping there will be a bar, in close proximity, open for us. Well we arrive and this town is hopping! I mean not like NYC but it has some character. I was shocked.

We check in and just breathe for a moment. We drink our beers, take showers, and get ready to check out the town. I wore my yoga pants and chuck shoes, going casual but definitely looking like a tourist. We go to a bar called, Cheers. It was pretty dead. But had some nice music. We have yet to eat a real meal since breakfast, we were famished. We orderedsome food (we had to order from the restaurant next to the bar and they would bring it over) so I sip on my Blue Moon and she sips on her rum and coke while we wait.

We meet these Air Force guys who were literally lingering around us as if they didn't know if they should introduce themselves or not. It was funny. Considering we are the only young females in the bar, there was not much choice. We chat with them and have a good time.

Although they are cute, who said we had time for anything more than a fun tipsy chat? NOT ME!

Well are food never shows up so the drinks hit us faster than we wanted, So we get our food to go since they completely forgot about us. What kind of service is that?

The Air Force boys follow us outside as we are waiting to catch a cab to our hotel, And out of nowhere one of the Air Force guys picks me up and throws me over his shoulder.

This moment was too fast for me to have any idea what was going through my head because the next moment I felt an incredible pain to my head.

He had dropped me.

Right on the left side of my head.  I flew forward and did not have my hands to help, only my knee that slammed the concrete after my head.

My knee had a decent size cut despite that I was wearing yoga pants. I just laid there face flat on the ground, like you have go to be kidding me. This is a first and by all means a LAST. I was just like, "my head..."

We got into a cab immediately and peaced out.

I put some ice on my head that night and I woke up soaking wet since the bag was not fully sealed. It was not the most comfortable morning, with my welt assisted with a ragging headache and a soaking bed.

We got breakfast at the hotel and decided since both our heads were feeling a little ill to check out the brewery in the town. It was a firehouse brewery. It was pretty cool.
We relaxed there until about one and then walked around the town. The stores were mostly American Indian stores, and really cool. We both bought some sage and then decided to get on the road. 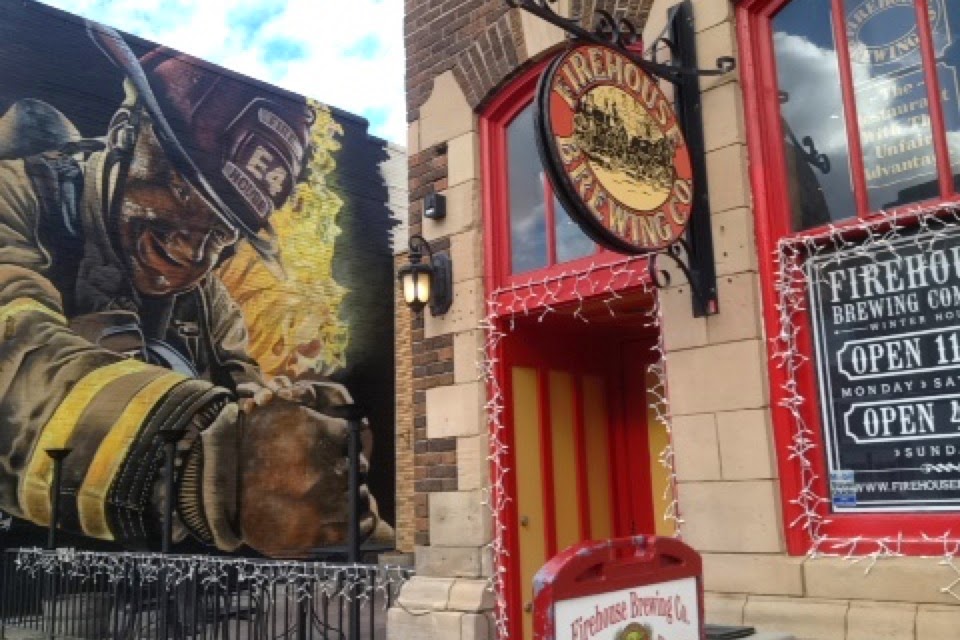 I really wanted to check out the Black Hills because that is a breathtaking national forest but we really did not have enough time, we had classes the next day and needed to get back. It is a 6-7 hour drive.

I drove both ways, mostly because I do not trust my friend with my car and I drive fast, so I figured it was best. But I also was doing GPS and the music so I was highly distracted. Anyway I totally forgot to take my turn to go west to Wyoming... so we end up just driving completely south and we see a sign, "Welcome to Nebraska".

I am like WHAT. I pull over and I am like Kara, do you see that? We are in Nebraska... Well she has no idea where we are or how were supposed to go, so she doesn't even know we should be in Wyoming not in Nebraska. I just chuckle with amusement.

I reassure it's fine and try to explain the geography our of own country...! Explaining that we just did not go west, we went south and now we just have to go west and we'll hit Colorado from the west instead of from the north. She was completely confused. I pulled out the map of the United States. I was like you need to know this, as a citizen of the United States... I tried.

Anyway, that is also part of the reason I drive and keep tabs on the directions. We made it a fun time and just went the longer route through Nebraska. She suggested I turn around, I just shook my head. 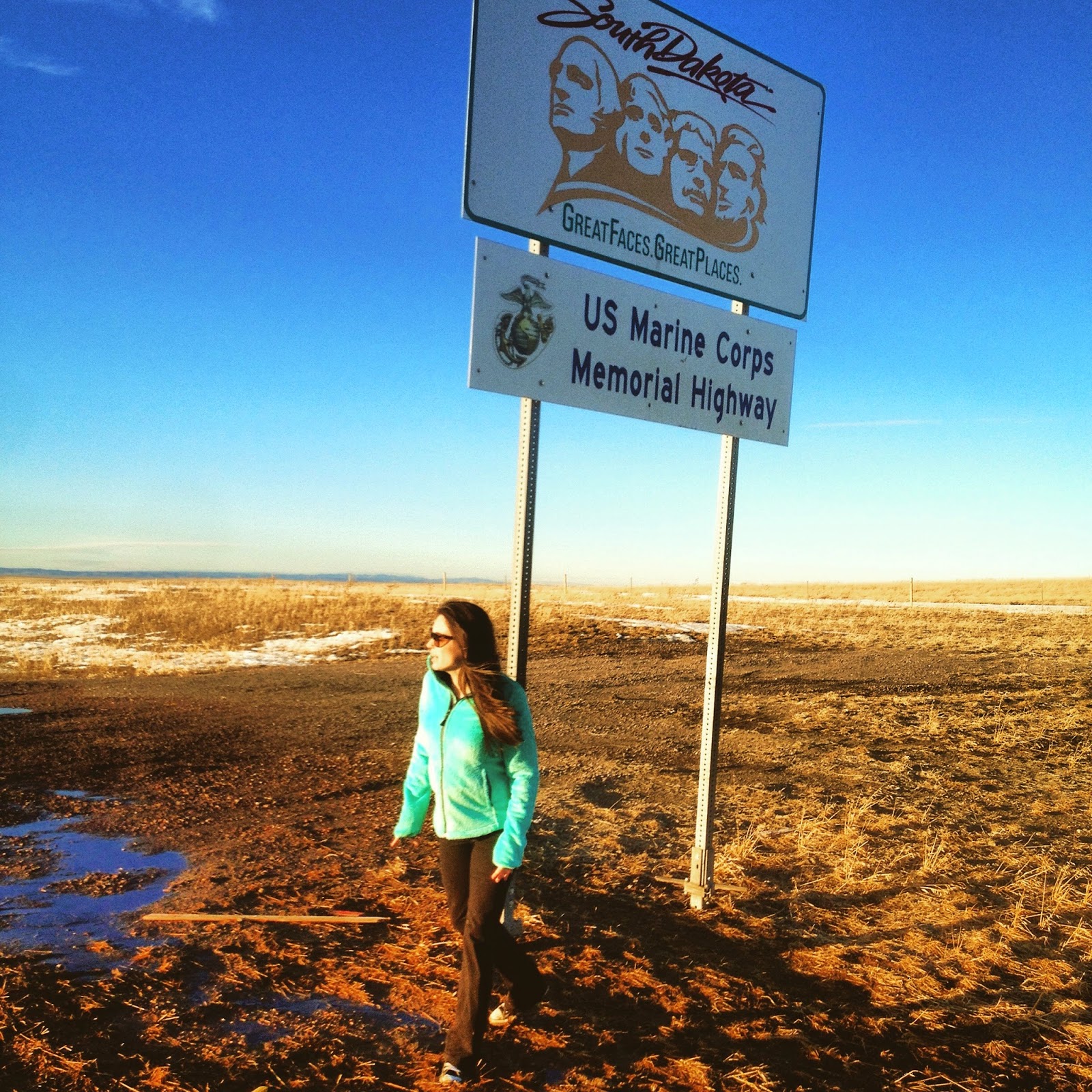 We made a few stops and did not get back to Denver until 11:30 pm. I was so exhausted. But the experience was wonderful.

On the way we back we stopped at some beautiful views and just enjoyed the wind and freedom it allows you to feel.

South Dakota was the 28th state I have visited. I hope to visit all of the states and experience the beauty each state has to offer. I surely enjoyed South Dakota, and I would go back to see more of this beautiful land in the heart of America.